Out of sight is usually out of mind, but some things just stick with you. The toys you were attached to as a child, things you remember growing up in the house, a beloved scent that awakens your senses: these are the nostalgic gifts you will always cherish. Blasts from the past that remind you of simpler times.

How about making this holiday an unforgettable one? Forget memory lane – many of your favorite products from a bygone era are still in production and readily available online. Here we unearthed buried treasures like Etch A Sketch, Underoos, Brylcreem and many more. Each makes a great gift or stocking stuffer – and they all arrive for Christmas!

Calgon ‘Take Me Away’ hot tub 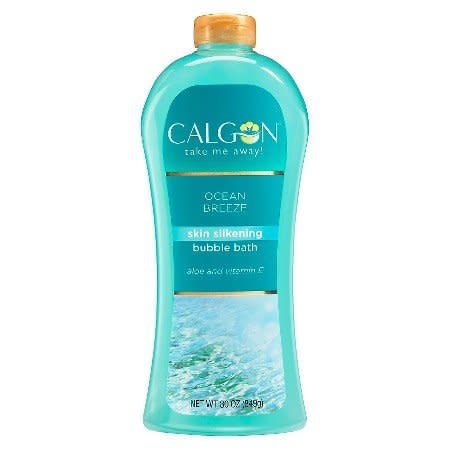 Gift a 30-ounce bottle of Calgon Bubble Bath to the most overworked working mom you know so she can enjoy the day like it’s 1979. Have you ever wondered what that Calgon smell actually is? It’s bergamot and tangerine!

Between the traffic, the boss, the baby and the dog, this stressed-out working mom has had it all. “Calgon, take me away!” she cries before lavishly bathing — and just like that, one of advertising’s most memorable slogans is born. 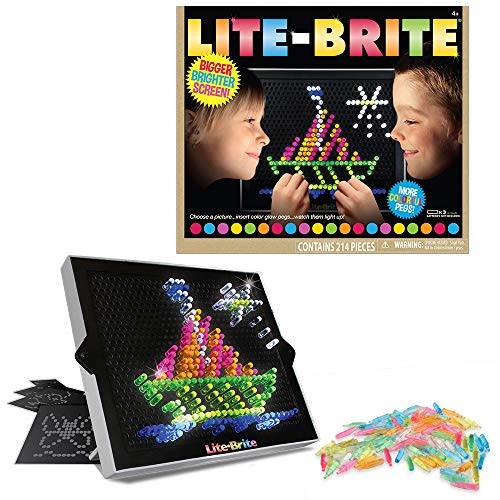 This Amazon No. 1 bestseller has stood the test of time and continues to excite imaginative children to this day. The modern Lite Brite retains all the charm of the original, but uses battery-powered LED lighting in the light box for a brighter, more energy-efficient display.

An iPad? What is that? Kids of the 70s and 80s could be engrossed for hours in Lite-Brite’s “magic colored lights.” Check out this five-decade-old commercial we found in a time capsule called YouTube. 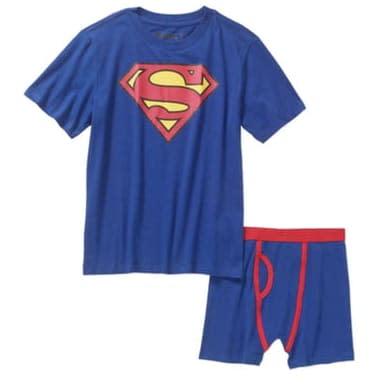 Original Underoos for kids are still in production today, featuring old-school characters like Superman and more modern favorites like the Teenage Mutant Ninja Turtles. Now nostalgic grown-ups can relive their youth in adult Underoos too, because a Skeletor undershirt and briefs sound like the perfect holiday outfit for us!

Wonder Woman, Superman, The Incredible Hulk – whatever fictional hero you idolized in the ’80s, you could pay homage with “the underwear that’s fun to wear.” Remember when kids were so excited about getting dressed? 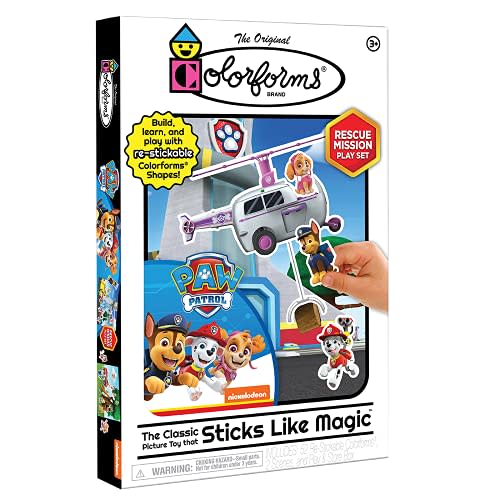 Yes, you can still get Colorforms that pay homage to old-school characters like Minnie Mouse and the Care Bears, but Amazon also sells them in more modern favorites like Paw Patrol, the site’s top-rated set. Give a child hours of fun after all the unwrapping of the presents has been done.

Kids from the 50s and beyond could pass the day with these wafer-thin vinyl cutouts that “stick like magic.” The stickers without glue showed your favorite cartoon characters or even just letters, numbers and random shapes. The creative options were endless and the clutter was non-existent. Get a load of this classic ad. 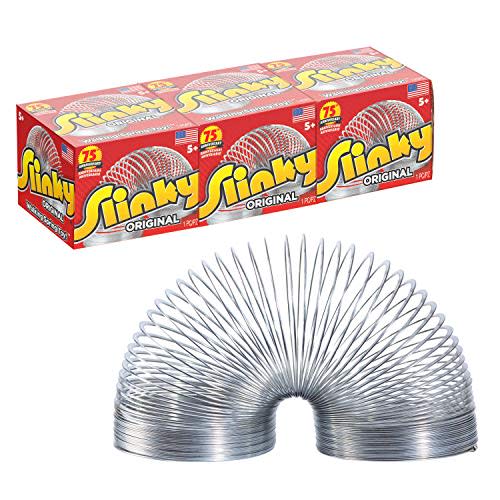 Great gift ideas for kids don’t have to be complicated. Sometimes all it takes is a metal coil that runs down the stairs by itself. And yes, this one is metal, not plastic – identical to the ones you remember.

If you think of toys that encapsulate the simplicity of childhood, this is it The “wonderful thing” always comes to mind. An icon to this day, the original Slinky was accidentally invented by a naval engineer in the 1940s, proving that it doesn’t necessarily take technology to spark children’s imaginations. Here, ladies and gentlemen, the Slinky does what it does best.

In the ’70s and ’80s, if you needed to straighten your hair, you didn’t use coconut oil or go to the salon for an Olaplex treatment. Instead, you soaked a tube of Alberto V05 Hot Oil Treatment in a glass of hot water and then poured it through your fried locks – just like the damsels in distress in this 1988 masterpiece used their Alberto V05 “one minute, once a week” for “over-blonde” and “over-styled” hair. 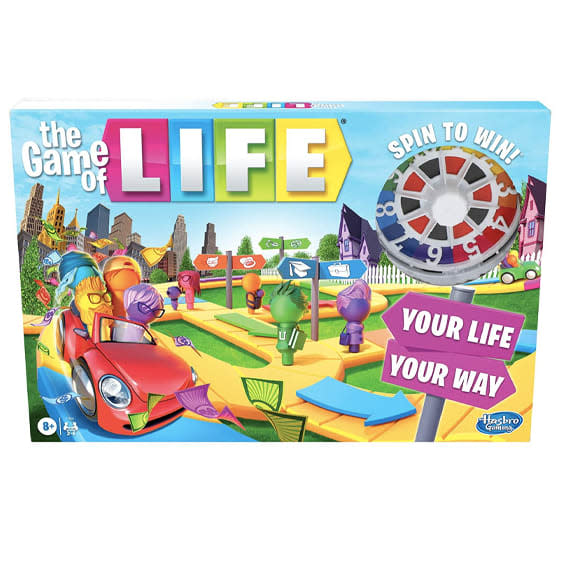 Hasbro The game of life

Good news: the Game of Life is alive and well – and an updated version of the original can still be easily found online. It’s a perfect way for the whole family to have some festive fun!

Families started learning how to “become a winner at the Game of Life” as far back as the ’60s, and the shelf life of this iconic Milton Bradley game proved to be quite long. It was still a hit in the ’80s, and now we’ve found a new edition of Game of Life on Amazon… and of course it’s forever immortalized in commercials like this one.

Before there were bath bombs, there was Jean Naté after-bath splash. Who among us didn’t have a giant bottle of this magic potion in the bathroom, or an aunt, mom or grandma who swore by it? Surely this woman who pranced through a field did!

Riddles, puzzles, games and trivia – it’s all hidden in this delightful activity book that busted boredom and described fun for legions of ’80s kids. And when we say the answers were hidden, we mean that literally: the only way to reveal them was to use a special marker that came inside the shrink-wrapped plastic.

Brylcreem was everything you’d ever need to get the ladies running their fingers through your hair in the ’50s, especially if you wanted a sleek, Don Draper-esque look—or wanted to look like you were auditioning for a . to be an extra in ‘West Side’ Story.’ Older dads need this iconic hair product in their stockings this year! 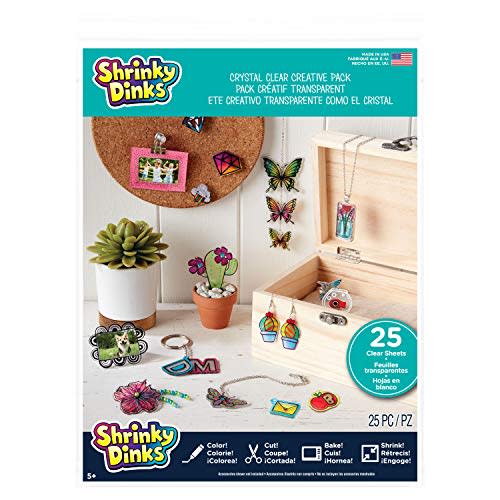 Kids can still transform their hand-colored art into shrunken keepsakes as these retro toys are readily available at arts and crafts stores and online. This set of 25 sheets for boys and girls is coming out for Christmas!

This may have been the only kid’s toy that required an oven (unless you played Skully in urban areas like New York City), but anyone who came of age in the ’70s or ’80s managed to convince their parents to help them when baking their Shrinky Dinks. Watch these oven-baked wonders in action below.

These weren’t your average jump ropes, and it was about time Double Dutch made its big comeback. It took some pretty nimble footwork to master Double Dutch, but kids in urban areas like New York City pretty much mastered it in the 1970s and 1980s. The ultra-coordinated sport became so popular that McDonald’s paid tribute in this priceless throwback commercial. 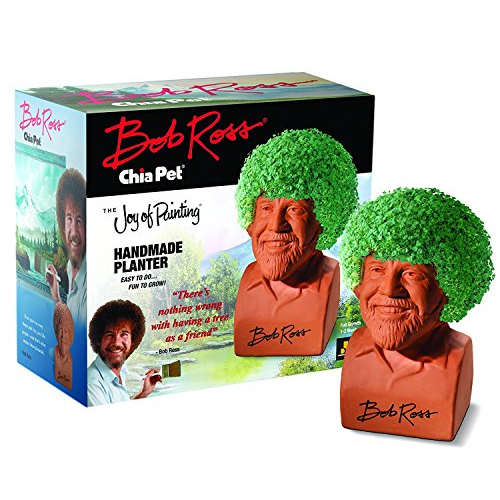 See this jolly little bust of Bob Ross? It is one of Amazon’s best-selling Chia Pets. In honor of one of our most iconic ’80s TV personalities, spread the ‘joy of painting’ with this new Secret Santa classic.

The 21st century may be all about chia seeds in puddings and smoothies, but the 1980s was all about “the pottery that grows,” aka chia seeds that sprouted into plants that emerged from a terracotta pot and looked like everything from animals to cartoon characters. The kitschy pet “Ch-ch-ch-chia” first appeared in 1977 as a bust-like, big-haired figure named “Chia Guy”. 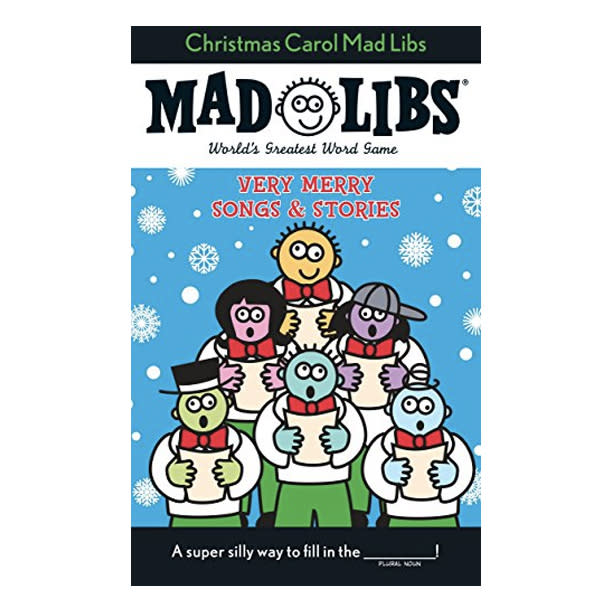 Stocking filler alert! This Christmas carol-themed Mad Libs edition lets you improvise hilarious interpretations of classic songs. Run through the donuts? However you fill in the blanks, it’s bound to be a hoot!

Kids of the ’60s and beyond remember laughing until they cried at the stories that unraveled as they randomly brainstormed nouns, verbs, and adjectives to fill in the blanks of their Mad Libs. It is a crowd pleaser that is totally timeless.

If you were a teenager in the 70s, 80s and 90s, Love’s Baby Soft was the definitive fragrance of your childhood. The scent could only be described as fresh baby powder, and the iconic pink packaging – with its cursive logo – was the apple of every high school student’s eye. All it took was a quick trip to the pharmacy to indulge your obsession – and now it only takes a few clicks to order a bottle delivered to your doorstep. 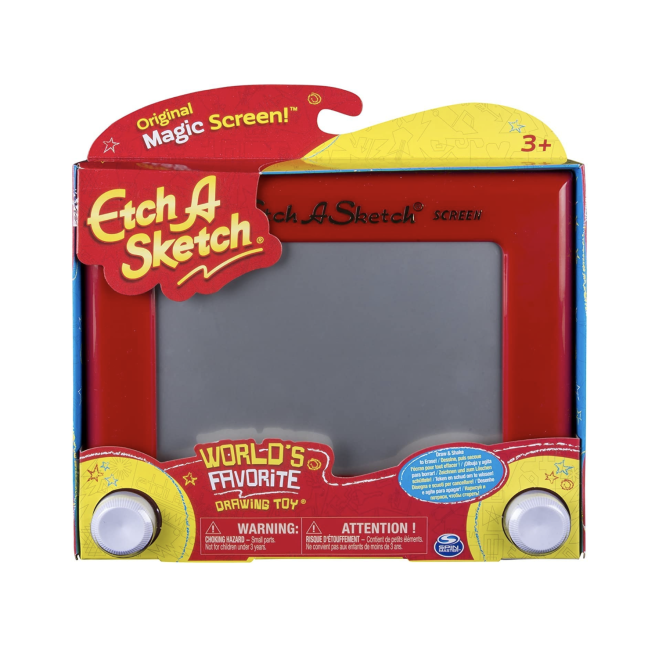 This classic Etch A Sketch is almost identical to the original. This is the season to grab your second chance to become a topper in these 1960s toys!

If only all mistakes could be erased as easily as a bad drawing on an Etch a Sketch. To get precise sketches you had to turn the toy’s two knobs on a professional level, but once you’ve created a masterpiece, a spontaneous shake could erase it forever. 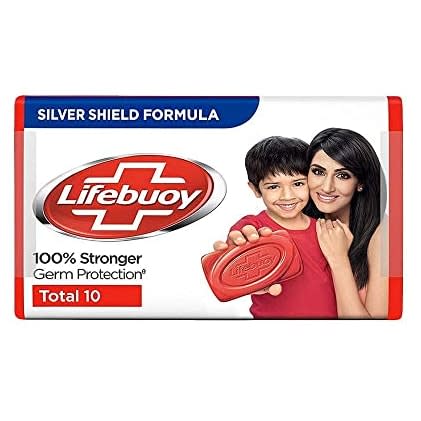 Give your sink a retro update with a bar of this antibacterial cleaner. Lifebuoy soap is actually a hot commodity on Amazon and sells out quickly, but if you grab yours now, it will arrive in time for Christmas!

If you remember seeing this red bar of soap in everyone’s bathroom, you were probably in your 40s or before. Even the red, yellow, and white packaging will jolt you from memory, and you’ll be delighted to know it’s still sold in a similar box. Good news: The original Lifebuoy soap is still being produced to this day. Fun fact: A teenage Martha Stewart starred in a Lifebuoy commercial in the late 1950s.

Kohl’s Black Friday deals have started! Save up to 60% on Fitbit, Cuisinart, Google Nest and more